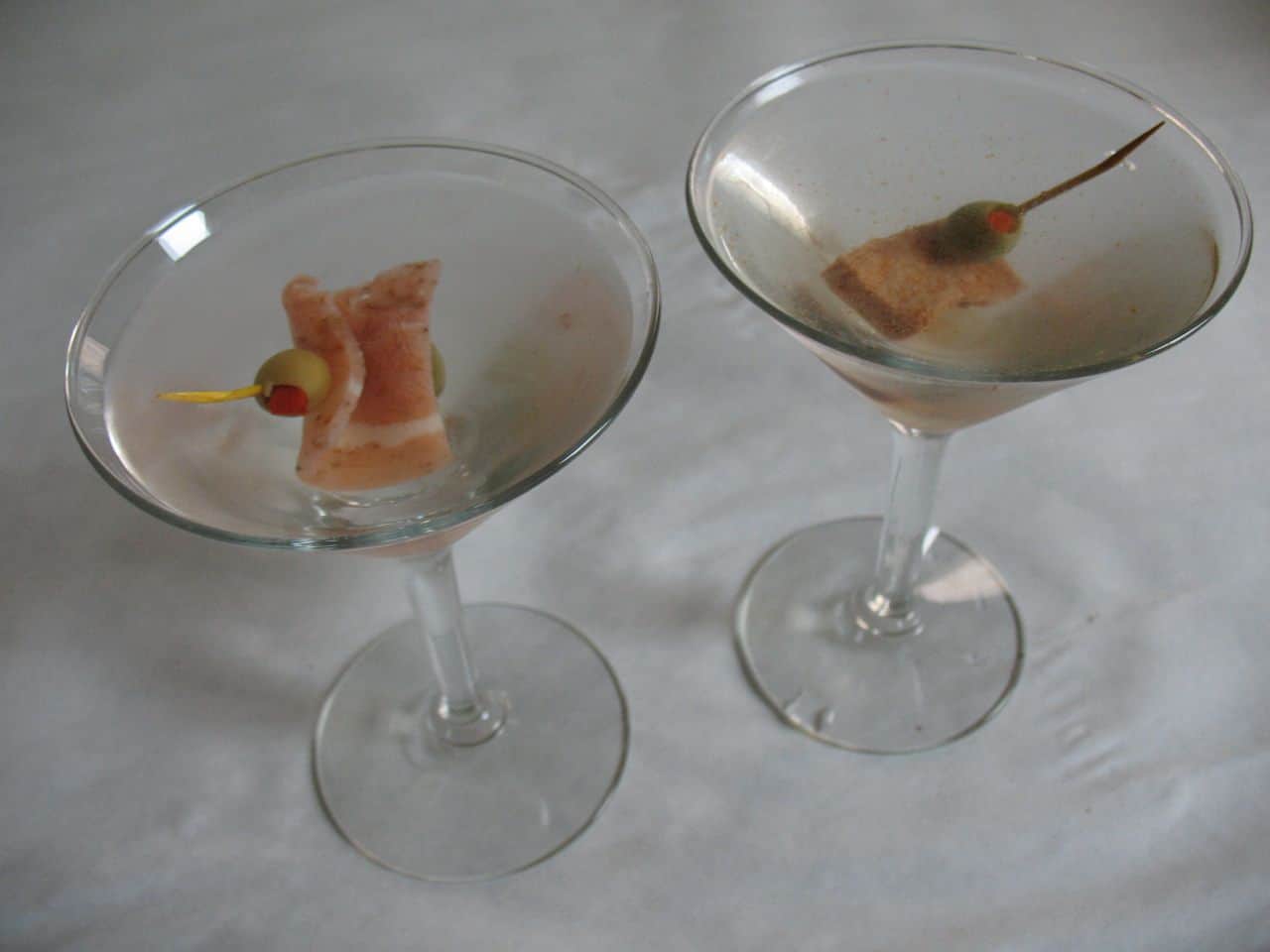 Let’s talk about Josh Karpf. Josh and I both went to Oberlin, where we did our undergrad. The majority of my memories of him are of his flyaway Warholesque hair and a minority are about the unusual objects he kept in a pencil cup. Anyway, a number of years after we graduated I was perusing the still-nascent web and stumbled across a “site-of-the-day” depicting martinis made from meat. It was linked to from everywhere which was possible then because the Internet was still pretty small. Something seemed familiar, and then the realization flashed on me that I knew the guy who had done this. It was Josh, the dude with that hair, and it turns out his carnivore’s cocktail had taken the 1997 Internet by storm. Within a week or two it was all over the web’s list of weird, strange, new, looney, worst and best sites. The pork martini was a meme and by chance, I was on a first name basis with the source. Josh has since updated the site with new pictures and a somewhat more modern look. The other white meat martini lives on.

In the days and years that passed, when martinis or pork come up on conversation I often find myself defending Josh’s explorations to those who would close their mind to a martini made of meat. I encourage them to consider a trial swig but usually they defer. Naturally, a few of my friends get a free pass. They’re vegans, so tasting a pork martini is out of the question.

Presenting an animal-free homage to Josh’s porcine concoction, devised as my last day-long project of 7 in 7. He’s a rabid carnivore so I doubt we’d ever get his full endorsement, but adventerous vegetarians and vegans can now quaff a meat-like drink without fear of sullying their fauna-free repasts. I give you the Vegan Pork Martini:

Kudos to the May Wah Market on Hester Street for their Vegan BBQ Pork and Vegan Bacon strips, to Gabe and Kate for tasting, and to Josh Karpf for the original inspiration and his lifelong commitment to all things meat.