4-in-4 is bold scheme to do four creative projects in four days. The Resident Researchers at NYU’s Interactive Telecommunications program pioneered this venture with an overly ambitious 7 in 7 event back in June 2008. Since that time the event has been repeated several times, each an experiment with different times and spaces done by volunteer ITP coordinators.

Interested? Here’s information about running your own and some advice for participants. 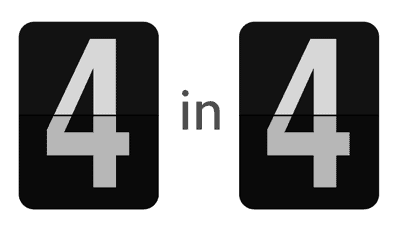