Faludi on NOVA Next “To Automate Everything”

I’m quoted this week on the NOVA web site in a well-done NOVA-next summary piece by Alison Bruzek’s about the Internet of Things. It’s called “To Automate Everything, Solve These Three Challenges“:

“…Connected devices are just beginning to slip into homes, from smart thermostats to apps that unlock your door without a key…as the internet of things is poised to remake our homes and offices, it’s facing perhaps its most critical test: adoption by the average consumer. The intelligent future promised by entrepreneurs won’t catch on if those devices can’t connect to each other automatically, lack intuitive programmability, or aren’t appealing designed. If they fail at any one of these, automating our homes may be more trouble than its worth.“ 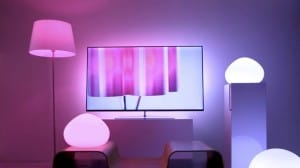 I argue that this intelligent future won’t arrive as some brave new world of scary robots, descending on us en masse. And you certainly won’t bring it all home in one bag.

“The best, easiest-to-use smart objects will likely look no different than devices we use today, Faludi points out. “A big chunk of this will just be baked into things that we buy,” he says. “You won’t buy an ‘internet of things.’“

Read more of the article online on the NOVA web site .

1 Comment on “Faludi on NOVA Next “To Automate Everything””