by Rob FaludiPosted on December 6, 2018 Posted in General, Internet of Things, Networking, XBee 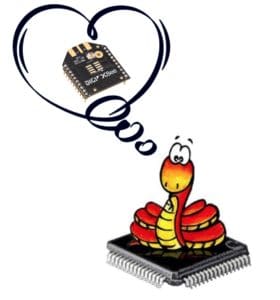 I’ve been writing hands-on examples for using MicroPython on XBee radios. MicroPython is an open-source programming language based on Python 3, modified to fit on small devices, and optimized for microcontrollers. By using MicroPython, an easy-to-learn scripting and programming language, you can rapidly prototype intelligent behaviors at the edges of your network. Cryptic sensor readings can be transformed into useful data, excess transmissions can be intelligently filtered out, and modern sensors and actuators can be employed directly. Here’s the examples thus far:

by Rob FaludiPosted on September 21, 2018 Posted in General 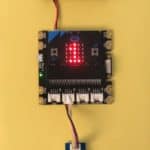 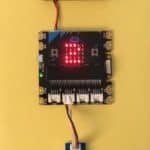 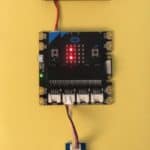 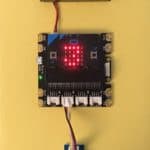 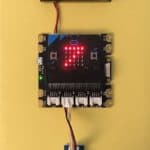 Technology separates us from nature, but does it need to? I used some of my stay at the Digital Naturalism Conference in Thailand to prototype a clock that determines local time of day from sunlight to promote a natural sense of timekeeping.

By using technology to encourage human relationships with nature, I hope to highlight that machines can encourage us to be *more* human and organic rather than slowly making people irrelevant. As a counterpoint to consuming industrialized time we can also obtain time from scratch, regaining control of the very pacing that drives our lives. The Sun Set Clock uses local solar time, therefore noon is when the sun is at apogee at our location. This is how time used to be measured, before telegraphs and transcontinental trains required a move to time zones, where the clock and the sun no longer match. This system isn’t concerned with exactitude–there’s plenty of systems to do that if you need it. Instead this clock can be used to mark the general progress of the day rather than creating anxiety around how every minute is used. 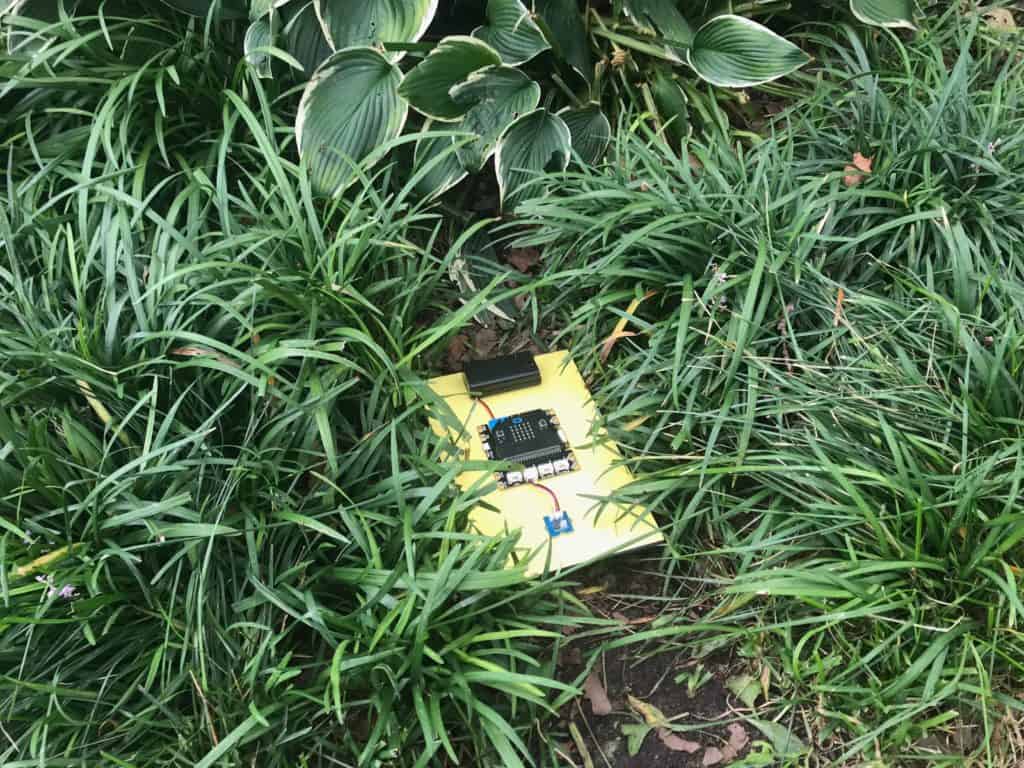 The initial prototype uses light level changes to detect sunrise and sunset, with local noon being the point exactly between these two events. When the clock starts, it makes its best estimate of the time. For example, if it’s dark at startup, the clock assumes that it’s midnight because that’s the best guess you can make without more information. At sunrise, this corrects to 6 am (a higher-quality guess) and then at sunset it will correct to the proper local time (not time zone time but astronomical time at your precise location). All of this works, although it’s still a bit fragile–operating best in full view of the sky on a relatively sunny day. Dark clouds, deep shadows and porch lights can confuse it, so these will need to be addressed in a future version. For now, I’m enjoying what I think of as “some time of my own.” I hope you enjoy it too.

Sun Set Clock – Instructions for Use

END_OF_DOCUMENT_TOKEN_TO_BE_REPLACED

by Rob FaludiPosted on July 11, 2018 Posted in Communities, Events, General

Spent much of June on a jungle island in Thailand, attending a biology-art-hackathon-“un-conference” to build electronics projects that interact with nature. The first-ever Digital Naturalism Conference on Koh Lon island ran for six weeks of arty, ant-licking, bio-mimicking, data logging, fruit roasting, butane soldering fun that pushed my limits and reminded me how outstanding and wildly creative the maker community can be. More will be written about this but special thanks to Andy, Tasneem and Yannick for their extraordinary efforts to create a wilderness community out of thin air and coconut rope.

Here’s some photos I took during my time on Koh Lon with ~100 motivated makers:

END_OF_DOCUMENT_TOKEN_TO_BE_REPLACED

LTE-M vs. NB-IoT: Determine the Differences Between Low Bandwidth Protocols

by Rob FaludiPosted on April 2, 2017 Posted in General

New cellular protocols rolling out in 2017 will provide low power and low cost cellular connectivity for industrial Internet of Things applications. In this new video for Digi International, I explain the LTE-M and NB-IoT low bandwidth protocols by breaking down the differences between the two and sharing some examples of their use in industrial applications.

by Rob FaludiPosted on March 16, 2017 Posted in General

On Monday, March 6 at 10:20 p.m. Pacific time. NASA released TechEdSat 5 (Technical and Educational Satellite 5) satellite equipped with Digi XBee 802.15.4 modules as part of a test program for wireless communications between satellites and payloads from the International Space Station (ISS). TechEdSat 5 has been collecting data every 10 seconds and transmitting it from these radios via Wi-Fi ground link to monitor aerodynamics, gravity vector and magnetic field (for orbital positioning). As of August 2017, TechEdSat 5 continues to generate data from orbit, greatly exceeding its planned 6-week mission length. The data will be used to design passive de-orbit system for future space station payloads, so that experimental samples can be quickly returned from the ISS without waiting for a cargo mission.

The TechEdSat 5 mission has two goals:

The TechEdSat program is used to bring engineering interns up to speed with real spacecraft and space operations. Interns do most of the development and testing work, with everything reviewed by professional staff to guarantee mission reliability and safety.

by Rob FaludiPosted on August 8, 2016 Posted in General, Internet of Things, Networking, XBee

Simple programs can make a big difference! An XBee running small amounts of code can perform some pretty important tasks. Cryptic readings can be transformed into useful data, excess transmissions can be intelligently filtered out, modern sensors and actuators can be employed directly, operational logic can glue inputs and outputs together in an intelligent way.

Here are some useful MicroPython examples that should run within 12KB of RAM, useful even in a small sandboxed implementation. Required parts and a method for simulating limited RAM are noted below.

This example shows how to send some text data via an XBee in transparent mode.

END_OF_DOCUMENT_TOKEN_TO_BE_REPLACED

by Rob FaludiPosted on December 9, 2015 Posted in General

Software is eating the world and the Internet of Things is no exception. In a new post for IoT NOW, I talk about four “software-minded” trends that I believe hardware vendors will increasingly consider for their equipment designs:

by Rob FaludiPosted on March 17, 2015 Posted in General

I was honored to share the stage at SXSW with Sparkfun CEO Nathan Seidle, Silicon Labs’ Peter Vancorenland, Chaotic Moon’s Marc Boudria, and Atlas Wearables’ Peter Li in a panel discussion called ”Making to Manufacturing“ at SX Create. This panel brought together technology veterans to share our triumphs, failures and offer words of wisdom to fellow makers. We focused on the common hurdles entrepreneurs must overcome while taking their hardware creation to full-scale production. The conversation revolved around the best ways to prototype, what tools to use, creative funding sources, selecting partners and the best ways to manufacture hardware.  Quality control, proper pricing and the importance of developing a great sales team was stressed. 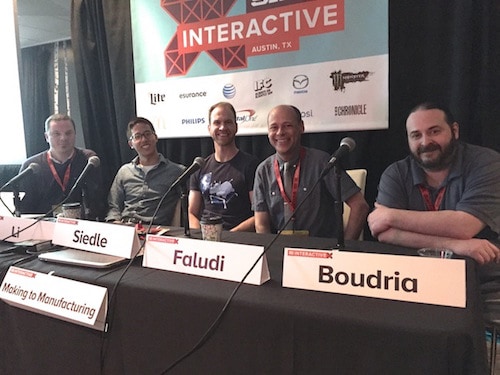 With over 145 attendees, it was standing room only, and the best attended event at SX Create! Special thanks to Silicon Labs for hosting the panel and gathering a great cast of speakers. Check out their blog post to see more photos and tweets as well as all the Q&A from the session!

Toward a Theory of Clothing

There are a multitude of unsolved mysteries left for science to tackle. We don’t know where life came from or whether it exists elsewhere in the universe. We’re not even sure what most of the universe is made of. But all the more amazing to me are how many everyday phenomenon are not fully understood. We don’t know why we sleep. We don’t entirely know what moves the continents. We don’t even understand our own clothing. It’s true. What you’re wearing right now, we don’t know why you chose it, cannot predict what you will wear tomorrow, or even explain exactly what you are accomplishing by wearing it. Science lacks any ”Theory of Clothing.”

That doesnt mean we’re totally in the dark. We know that we use clothing to regulate body temperature. It seems obvious that it’s involved in social signaling, otherwise we’d fully relinquish our duds in warm weather. But good luck finding a textbook that explains how that social signaling works, why we often dress at odds with temperature regulation or the empirically derived purpose of neckties. An astronomer can easily tell you what phase the moon will be in on July 24th, 2097, but nobody can accurately predict what your sister will wear tomorrow. That’s kind of fantastic.

And it’s not like a theory of clothing is esoteric. The world apparel market is worth some $1.7 trillion yearly and about 75 million people are involved in making those clothes(ref). Shouldn’t we know why they do that? And wouldn’t it be handy for a trillion dollar industry to have some method for forecasting demand? Because right now it’s partially done by designers looking at rocks in their pockets. We can do better.

Here’s an article that takes an opening stab at the problem. Kurt Gray, Peter Schmitt, Nina Strohminger and Karim S. Kassam’s recently published “The Science of Style: In Fashion, Colors Should Match Only Moderately.” If you don’t like reading scientific articles, it’s pretty well digested on Slate.

The article’s findings—that clothing should match, but not too much—include equations and a graph. This is fantastic not because graphs and equations are themselves fantastic (though they are), but because someone is finally asking structured questions about what all this fabric is doing around our bodies. And asking in a way that tries to make predictions. Because these styles must mean something, and something pretty important considering we’re spending 1.7 trillion dollars to drape them around us. “Wearables” are all the rage with tech writers and venture capitalists, but how can we make great wearables until we know what and why we wear things in the first place? A theory of clothing could do that.

Is anyone else in science studying clothes? I’d love to hear about it.

Digi Tracks Shuttles for 100,000 at Dreamforce

by Rob FaludiPosted on November 27, 2013 Posted in Events, General, Internet of Things, Networking 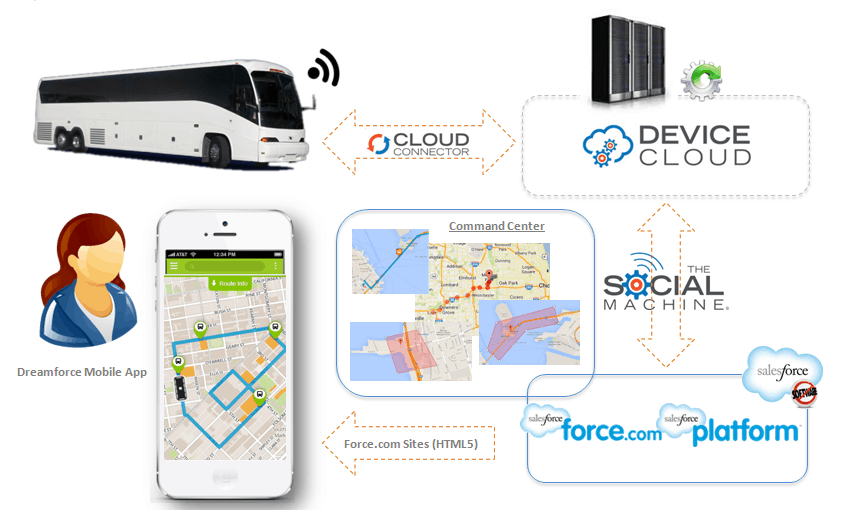 We just connected 100,000 Dreamforce conference attendees with 60 shuttle busses, tracking them over hundreds of miles of San Francisco area routes. And it worked perfectly! Digi’s Etherios division teamed up with the Dreamforce folks to provide attendees with real-time information on the status and location of the shuttle buses they use to get around to different event locations and to Bay Area hotels. It’s a great example of the Internet of Things coming to life and creating real-world value for a business and its customers.
Attendees used the Dreamforce Mobile Application to quickly map where their next bus was along with arrival and departure times. The Etherios Cloud Connector running on an Android platform acquired GPS location data from each shuttle. Next, Verizon Wireless sponsored mobile connectivity to Device Cloud, which then used the Social Machine from the Salesforce App Exchange to gateway the Connected Shuttles, their data, reporting, alarms, processes and resolutions into Salesforce. Mapbox provided all the wonderful maps.
100,000 attendees tracked the 60 coaches, displayed their routes, stops, movement, arrivals and departures over the course of the entire event. In addition we streamed all the data to the Dreamforce Transportation Command Center for dispatch and assignment, along with proactive monitoring of the system’s battery levels, charge states, whether any shuttle was off-route, the spacing between them and so forth.

Etherios and the Connected Shuttles were promoted in the Dreamforce Live recorded series:

Here’s screenshots of the application and some photos from the event: 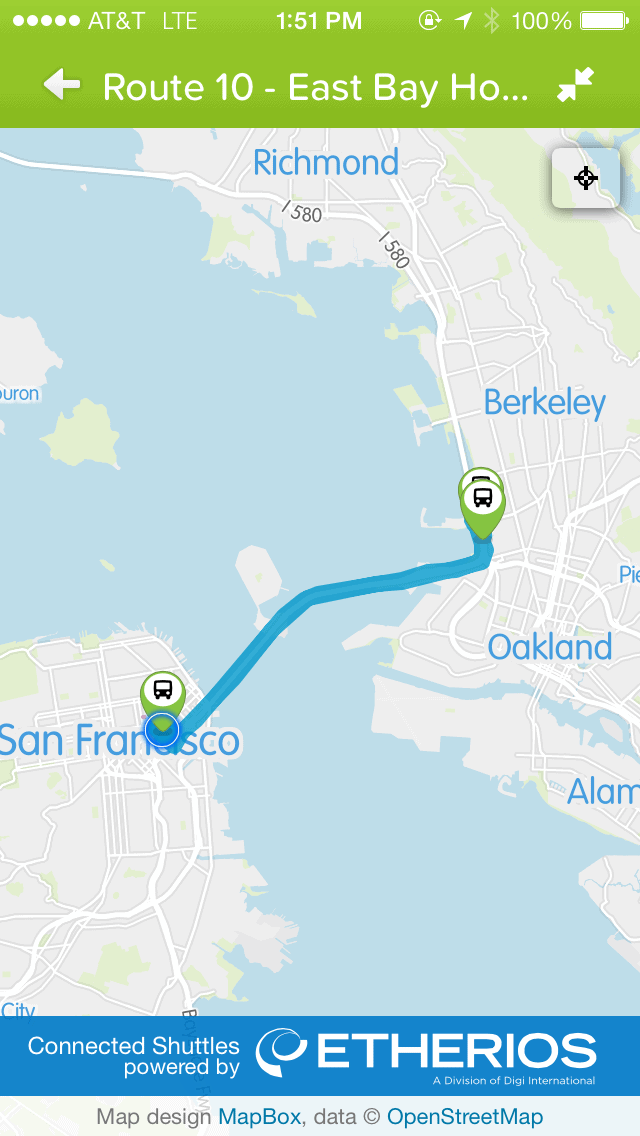